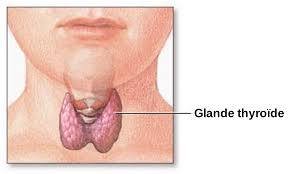 Health of Underactive, Overactive Thyroid can be Improved with Diet

Thyroid problems are widespread in the Western world, affecting as many as 40% of Americans, according to thyroid expert Dr. Broda Barnes. Most of these cases are undiagnosed. Even for those people who learn that they have an overactive or underactive thyroid, it can be difficult to heal thyroid disease without drugs – but there are natural ways to support a healthy thyroid gland, starting with diet and food.

The thyroid gland is intimately connected with metabolic rate, weight gain or loss, energy levels, and the immune system. In fact, the thyroid practically runs the first three and is an integral piece of the body’s ability to repel foreign invaders. Because all of these systems operate due to hormone signals, foods and diet play a substantial role in modulating the thyroid.

Foods Everyone Should Avoid for Better Thyroid Health

While some foods boost thyroid function (making them perfect for hypothyroid, underactive, or low thyroid patients) and others suppress thyroid function (which can help people with hyper- or overactive thyroid), there are certain foods that are best for everyone to avoid for the sake of a healthy thyroid gland.

Sugar is a big problem – it’s present in almost everything, and holistic practitioners and even some mainstream doctors agree that white sugar suppresses the immune system. Blood sugar changes can bring on diabetes and hypoglycemia, both of which often co-occur in patients with thyroid disease – which means thyroid patients are at risk for blood sugar disorders, and vice versa for diabetics. Some thyroid patients report better energy and that their thyroid levels stabilize when they stop eating refined sugar.

It’s also a good idea to avoid chemicals like the pesticides sprayed on non-organic foods, and those in iodized salt. Pesticides usually contain estrogenic compounds which can affect the endocrine (hormone) system and the thyroid. Iodized salt is a problem for some thyroid patients and should be replaced with natural sea salt and a natural source of iodine.

The best natural source of iodine is kelp and other seaweeds. These sea vegetables are rich in natural iodine, an element that “feeds” the thyroid and is vital for the production of thyroid hormones. It’s possible to add crunchy, salty seaweed to soups and salads, or you can find it wrapped around that favorite of Japanese foods, sushi (even the vegetarian, non-fish sushi are great sources of iodine-rich seaweed).

Coconut oil is another natural food that boosts thyroid function. Virgin coconut oil is praised by health experts for its ability to lower cholesterol and stabilize blood sugar. It’s also been found to boost the thyroid, increasing metabolism, weight loss, and energy levels.

Foods to That Suppress Thyroid Function

The two worst offenders for suppressing thyroid function are soy foods and cruciferous vegetables. Soy contains estrogenic compounds that can interfere with thyroid hormones and sex hormones, contributing to PMS, cramps, bloating, and menopause symptoms. Some people with hyperactive thyroid find that small amounts of soy help modulate the thyroid gland, but others prefer to avoid soy altogether: no tofu, TVP, tempeh, seitan, miso, or edamame.