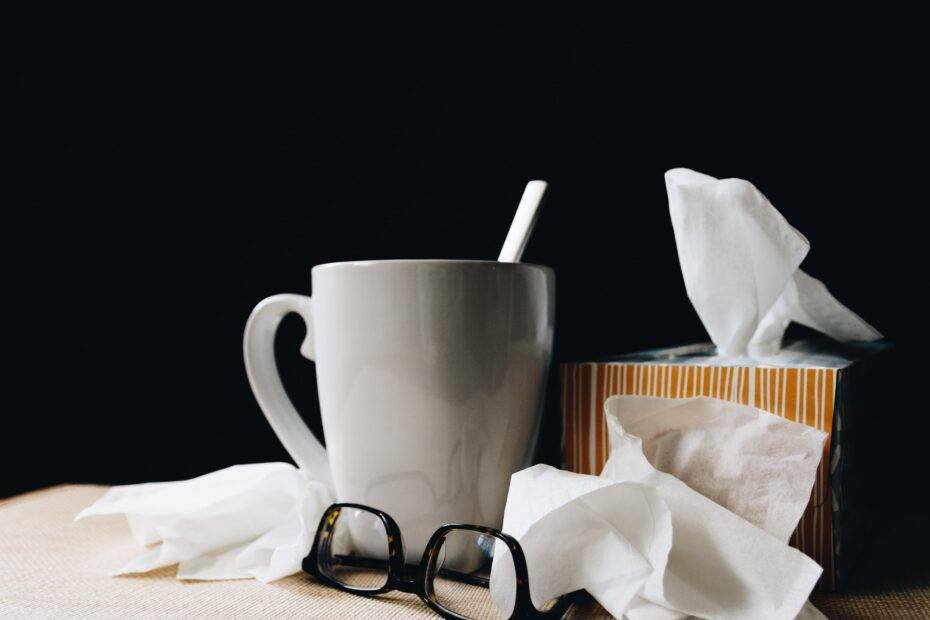 As the cold weather rolls in, so does the common cold. Its symptoms strike most people without discretion to age or gender. The usual symptoms are a cough, sore throat, runny nose and for those less fortune, earache or chest congestion. Too many people often go straight to the pharmacy for chemical based expensive medicines without realising that perfectly good cost effective natural remedies are in their own larder.

Sore throats develop when mucus builds up on the throat and irritates it. The symptoms are pain and swelling in the throat and a hoarse voice. If you get a sore throat, gargle with the vinegar remedy in the morning and evening. This will remove the phlegm from the back of your throat and reduce irritation instantly. Take caution – not swallow this remedy because the salt levels are too high and the amount of vinegar is too acidic for the stomach.

The vinegar remedy consists of four table spoons of any vinegar, the same amount of hot water and half a teaspoon of salt.

Coughs develop when mucus builds up and blocks the airways, forcing a reaction know as a cough. If you get a cough, have plenty of warm drinks to move the mucus but avoid very hot drinks because can sometimes bake the phlegm in place instead. Teas or warmed dilute to taste squash are good.

A runny nose develops to try and clear the body of the infection caused by the cold but often the mucus spreads to the throat causing a sore throat and airways causing a cough. If you have these symptoms, use the fresh lemon and honey remedy for the vitamin C from the lemon to boost the immune system, the ginger to decongest the chest by its aroma and the soothing properties of the honey to help clear the throat.

This remedy consists of half the juice of one lemon in a cup with a tablespoon or two of honey and one or two penny sized pieces of peeled ginger root. Add hot water, stir and drink. Adults with particularly heavy colds may also need to add a tablespoon of alcoholic spirits such as rum, brandy or whiskey and have the remedy as a night cap before going to bed so that the alcohol does not impair performance at work. Only add the alcohol once a day as too much alcohol is bad for your health.

Children over the age of 5 years old with very heavy colds could also add one or two drops of olbas oil to this remedy to help with decongestion.

If symptoms do not improve or gets worse after 3 days of remedies and some additional bed rest, then see your GP as antibiotics may be required, especially if chest and ear problems develop. Do bear in mind that your GP will often try to avoid prescribing antibiotics because the bacteria develops resistance to them because they are over prescribed.

The information contained in this article is for educational purposes only and should not be used for diagnosis or to guide treatment without the opinion of a health professional. Any reader who is concerned about his or her health should contact a doctor for advice.